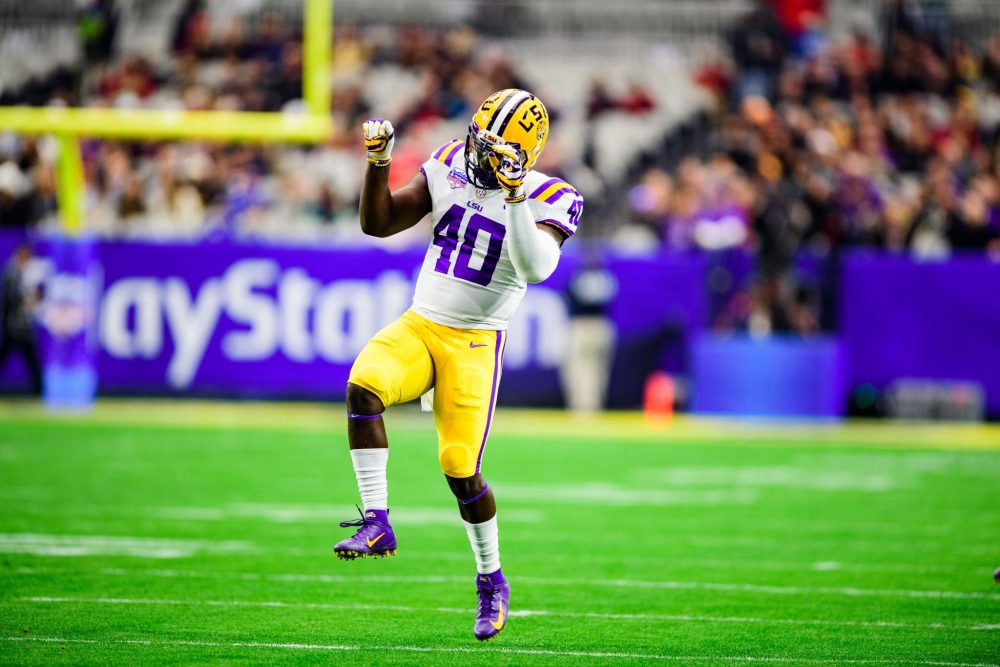 The annual Walk-On’s Independence Bowl Kickoff Dinner is just over three weeks away, and tickets to see former LSU star and Tampa Bay Buccaneers linebacker Devin White speak are expected to start flying off the shelves.

The event is set for Thursday, July 11 in the Captain Shreve Ballroom of the Shreveport Convention Center. Individual tickets for the Kickoff Dinner are $50, while tables for eight are $400 apiece. Tickets can easily be purchased online at WalkOnsIndependenceBowl.com or by calling the Walk-On’s Independence Bowl office at (318) 221-0712 or toll free at (888) 414-BOWL.

Doors for the Shreveport Convention Center open and a cocktail hour begins at 5:30 p.m. The buffets will open at 6:00 p.m., and the program will begin at 6:45 p.m., with a Q&A between White and “Voice of the Tigers” Chris Blair and a brief Q&A with the audience at approximately 7:15 p.m.

The Kickoff Dinner will also feature a raffle of multiple items, including two tickets to the New Orleans Saints game against Devin White’s Tampa Bay Buccaneers on October 6 and footballs signed by White and Drew Brees. Raffle tickets will be sold for $1 apiece throughout the duration of the program.