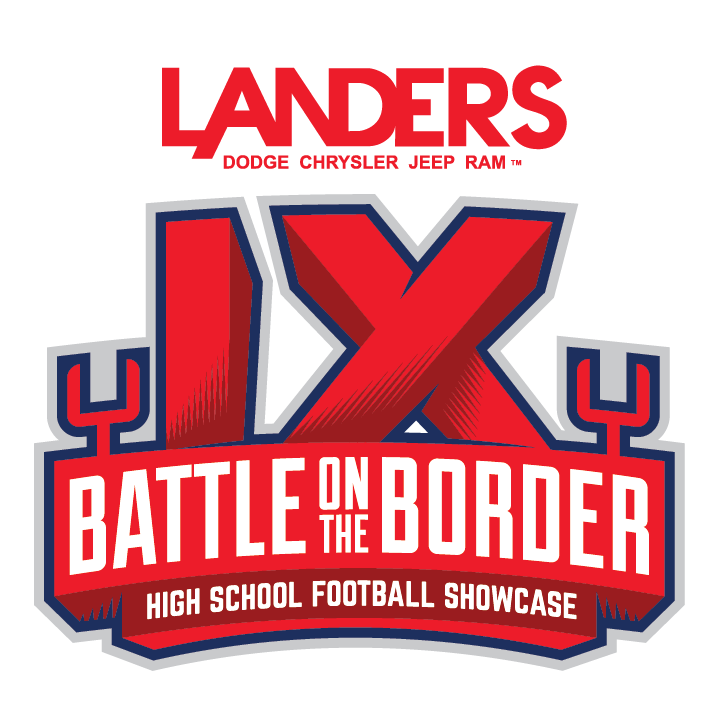 Landers Dodge Battle on the Border is set to hit the field at Independence Stadium again for 2019, and the Walk-On’s Independence Bowl will once again serve as an avenue to purchase tickets.

The games are set for Friday, September 13 and Saturday, September 14 at Independence Stadium in Shreveport and will feature teams from Arkansas, Florida, Georgia and Louisiana. Tickets to Battle on the Border can be purchased at the Walk-On’s Independence Bowl office or online at thebattleontheborder.com/tickets/. All tickets are valid for both days of games, and all children three-or-older will need a ticket to enter the stadium. Prices for tickets are as follows:

Family Four-Pack tickets are also available for purchase, which includes four tickets, one parking pass, and four meal vouchers for a hot dog, chips and drink. The Family Four-Pack is available online only and is $53.49 with fees included. Another way to enjoy the competition is by purchasing group tickets. Group ticket packages include 30 tickets, two parking passes and four meal vouchers. Group tickets may only be purchased online and are $420.99 with fees.

Visit thebattleontheborder.com for a full schedule of games and more information on Landers Dodge Battle, including parking information, stadium information and more.

UP NEXT – KICKOFF K’S 5K AND HALF MARATHON