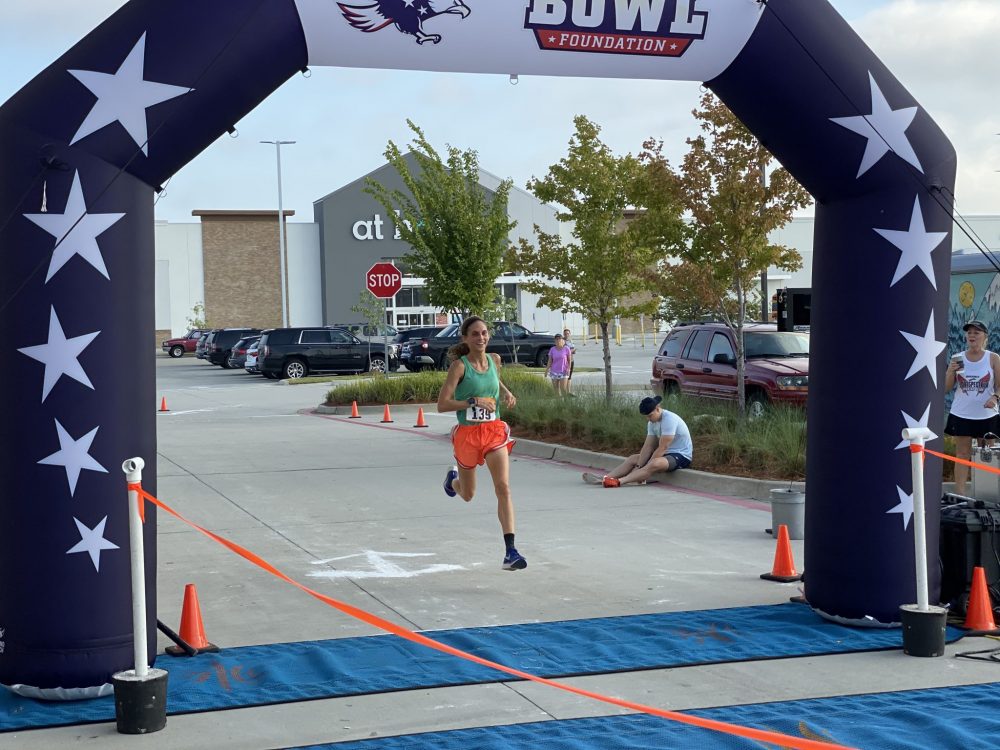 SHREVEPORT, La. – The annual Walk-On’s Independence Bowl Kickoff K’s 5K and Half Marathon featured many talented runners, including Taylor Dare – the women’s half marathon winner. Dare finished the race in 1:19:23.6, which was third overall in both men and women, and she will compete in the 2020 U.S. Olympic Trials in Atlanta, Ga. in February.

The event had another successful year, with this also being the second year the event included a half marathon. Almost 300 runners hit the streets of the historic South Highland neighborhood early Saturday morning to compete in the two races.

Alfred Kitur was the overall male half marathon winner for the second consecutive year, with a time of 1:16:41.4. Shreveport’s Jeremy Elliott won the men’s overall 5K with a time of 17:28.3, while Emily Butler, sister of Walk-On’s Independence Bowl Director of Events and Operations Jeff Butler, took home the women’s overall first place with a time of 25:32.2.